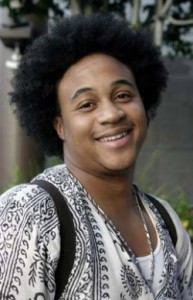 “That’s So Raven” star Orlando Brown, 23, was caught late Friday night after he was pulled over for driving without a license plate. When the cops came to investigate, the childhood star reeked of alcohol. The cops gave Brown a field sobriety test and he didn’t do too impressivly.

Brown was almost dodged a bullet due to the fact that he was with his pregnant girlfriend in front of his house, but had no such luck. He was booked at 12:38 AM at the famous Hollywood station for DUI. He posted the $15,000 bail and was released before 8 AM on Saturday.