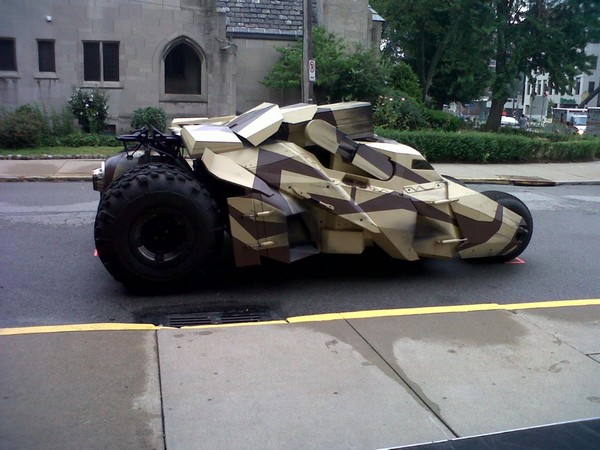 As production continues on Christopher Nolan’s The Dark Knight Rises, we have some pics of the Rocket Launcher Tumbler.  The pictures are from the  new Batman film ‘Dark Knight Rises’ which is filming in Pittsburgh Pennsylvania, August rd, 2011.

The film is scheduled for release in the United States and Canada on July 20, 2012.

Kim Kardashian Wedding to be Filmed for E!