Selena Gomez Cleaned Up At The 2011 Teen Choice Awards 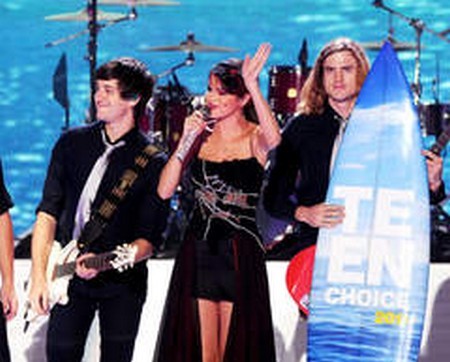 Wizards of Waverly Place Selena Gomez, 19, picked up five awards tonight at the 2011 Teen Choice Awards.  She won choice TV actress, female hottie and music group with her band The Scene.   The group also was awarded the choice single trophy for “Who Says” and love song for “Love You Like a Love Song”

Selena told the crowd: “This is for all of you guys, This isn’t mine.”