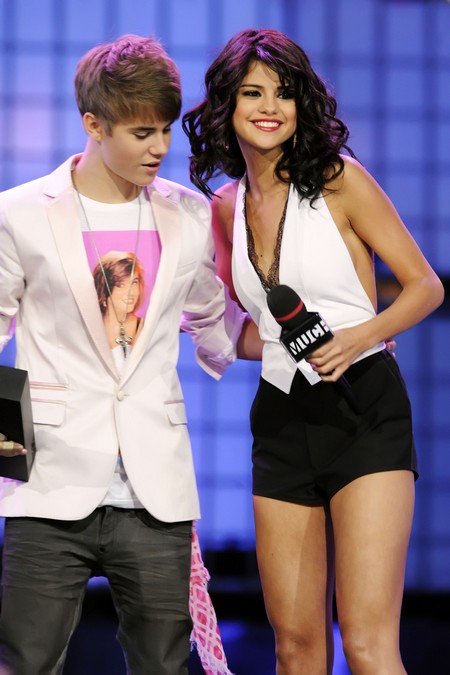 Justin Bieber has to stop hanging out with his criminal friends if he is to save his relationship with Selena Gomez. Justin’s unapproved friends are singer Sean Kingston, a former kidnapper, Chris Brown, who beat up Rihanna, and Lil Wayne, who has been charged with gun-related. Selena and Justin have confirmed.

The next day they where seen riding in an open-top Rolls Royce. So much for the break up. “It’s hard seeing a little 17-year-old crying and saying he loves her.” Crying? Really? There is less crying from my little sister. (She’s nine) Bieber said he was looking out for Kingston because he had recently been in a near-fatal jet-ski crash so he invited him to the show.

People will be talking about this until one of them confirms or denies it.