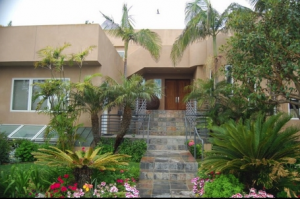 MTV‘s “The Real World” is getting ready for season 26 which will take place at a huge San Diego beach-front house. The mansion underwent many cool renovations before the cast moved in. The 5 bedroom, 6 bath, 8,600 square foot mansion has a pool, tennis court, and some pretty sweet ocean views.

The homeowners moved the furniture and decorations all out three months ago in order to prevent any damage to them due to the level of partying the casts have done in the past. After all was removed, Mtv staffers added a full bar, a jacuzzi, and made the tennis court into a life-size chess board.