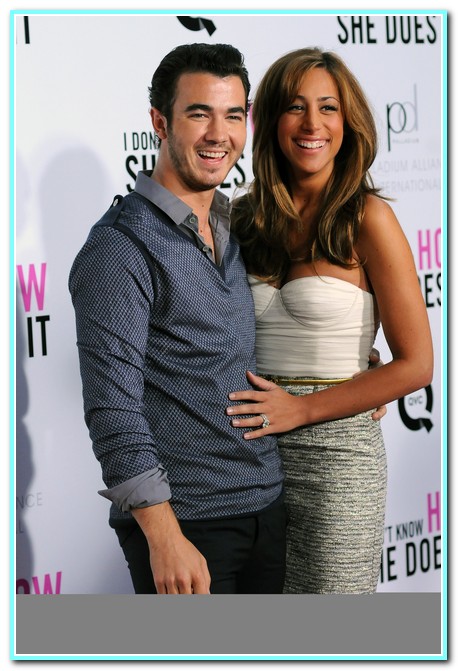 Kevin Jonas and his charming wife Danielle Deleasa are going to star in a reality show based around their real lives.  Kevin was born Paul Kevin Jonas II November 5, 1987, and K2, as he is sometimes known is a member of the Jonas Brothers pop rock band along with younger bros Joe and Nick.

Kevin has reportedly invited cameras into the couple’s home to document its day-to-day activities for a new project with producer Ryan Seacrest.

Jonas and Deleasa were trailed by a film crew when they walked the red carpet at the New York premiere of Sarah Jessica Parker’s new film, ‘I Don’t Know How She Does It,’ last week, and the footage will be used for their upcoming program, currently known as the ‘Untitled Jonas Presentation,’ according to the New York Post’s Page Six column.

American Idol host Seacrest is having major success in reality TV production with his hit shows ‘Keeping Up With the Kardashians’ and spin-offs, ‘Khloe & Lamar,’ and ‘Kourtney and Kim Take New York.’

‘The Hunger Games’ Wraps Up Filming