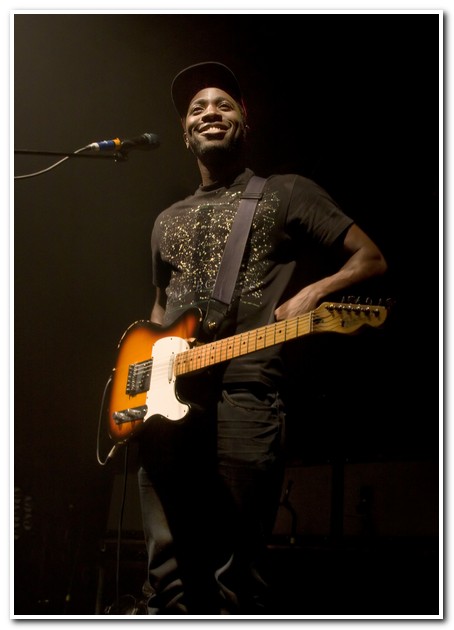 Bloc Party are auditioning new singers so this might just be your big chance.  The group have decided they want to make a new record and are tired of waiting for the original lead singer Kele Okereke to return from pursuing his own career.

Guitarist Russell Lissack said: “Kele’s been doing solo stuff and it looks like he’s going to be doing that a bit longer. The other three of us wanted to meet up and make music. We were just talking about doing an instrumental thing, but now we might see if we can get a singer as well, to properly put some music out and play some shows.”

The musician insists he and the rest of the band – bassist Gordon Moakes and drummer Matt Tong – will also play Bloc Party songs when they go on tour.

He added to NME magazine: “Because it’s the three of us, I guess there’d be some degree of expectation from people to at least play the songs we wrote. I don’t think any of us would object to that.”

Russell added he hasn’t spoken to Kele for “a couple of months” but insisted there are “no bad vibes” between them, although Kele’s response in a blog post this afternoon – entitled ‘Oh Dear’ – would suggest he wasn’t fully aware of the band’s plans.

He wrote: “Hmm, I dont know what to make of this. A big part of me is laughing on the inside but another part of me is all like WTF?’

“Im quite curious though, as to what a Bloc Party audition would be like? i wonder if they would let me sit on the panel so i could be a judge tyra banks style? “

What does Kele think the guys are going to do, just sit around waiting for him?