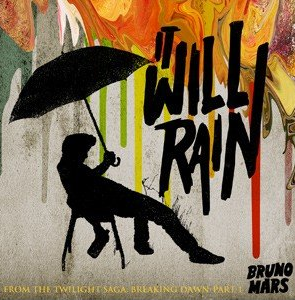 The announcment came today that Bruno Mars has scored the spot as having the lead single from the ‘The Twilight Saga: Breaking Dawn- Part 1’ soundtrack. The song, ‘It Will Rain,’ will be available on Tuesday, September 27th on his website and iTunes.

The full ‘Breaking Dawn’ soundtrack can be pre-ordered the same day. The full track listing for the album will be released a day early, on Monday. It will be available on “Twilight’s” Facebook page.

Other “Twilight” soundtracks have featured Muse, Metric, Paramore and Death Cab for Cutie, so this soundtrack is sure to be awesome as well.

Nicola Roberts Prays To Be Fatter – No Way Is She Anorexic