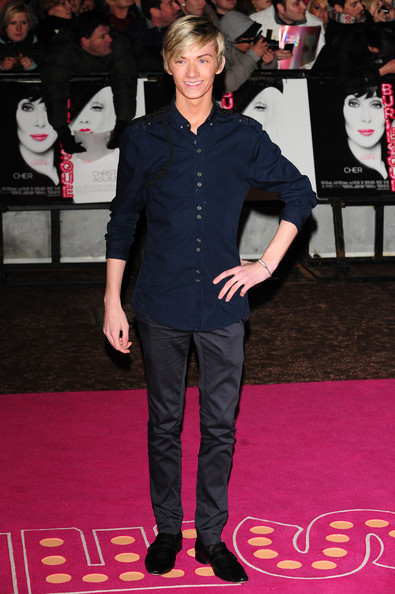 Harry Derbridge is so keen on Lady Gaga – that he would go to extreme lengths for her – in fact he says he would “turn straight for Lady Gaga.”

The ‘Only Way Is Essex’ star – who performed a tribute dance to the ‘Bad Romance’ hitmaker at his 17th birthday party during the second series of the ITV2 show – explained while he has never been attracted to women, he would do anything to be close to his idol.

However, the flamboyant blond also joked he has a crush on his ‘TOWIE’ co-star, Kirk Norcross.

He exclusively told BANG Showbiz: “Who knows whether there will be any romance for me this series. Only time will tell.

“I don’t fancy celebrities or anything like that. Apart from Kirk, obviously. The only celebrity I fancy is Lady Gaga. I’ve always said I would turn straight for Lady Gaga.”

Harry’s co-star Sam Faiers – who dated Joey Essex during the second series of the show – admitted she has even offered to let her best pal “squeeze one of her boobs” to see whether he is tempted by women.

Speaking at the launch of ‘The Only Way Is Essex’ series two DVD at HMV in London’s Westfield Stratford City yesterday Sam said: “I’ve asked him so many times if he could ever turn straight and I even offered him to have a squeeze of one of my boobs.”

“I’ve always asked if he’s had the urge but he always says, ‘Only for Lady Gaga’.”