Lucy Hale To Be In ‘Downers Grove’ 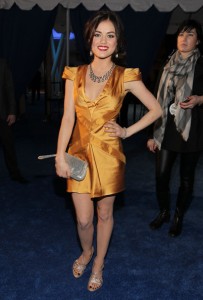 It has recently been confirmed that Lucy Hale will have a role in the 2012 movie “Downers Grove.” The movie is described as, “A thriller set at a high school gripped by an apparent curse that claims the life of one student every year, and the student who thinks she’s the next victim.”

Other actors signed up to do the film include Hayden Panettiere, Darren Criss, Nikki Reed and Rebecca De Mornay.

Kourtney Kardashian On Living in NYC