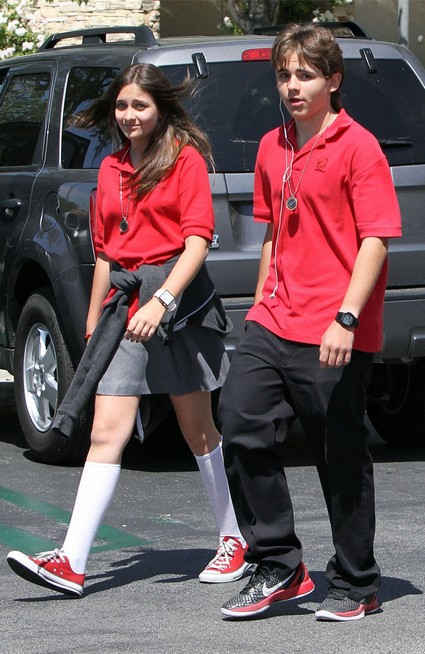 While the 14 year old was initially reluctant to take to the witness stand to give evidence against the physician – who has been accused of administering the lethal dose of the anesthetic Propofol that killed Michael in 2009 – in the case which opens today (27.09.11) he will testify if the courtroom is cleared of onlookers first.

A source told TMZ.com Prince Michael is “nervous” and is worried if he is called on by the prosecution he might “mess up” and although lawyers for his grandmother Katherine Jackson – who is his legal guardian – will ask the judge to empty the courtroom, it is unlikely this will happen.

Meanwhile, the first witness due to be called by the prosecution today is ‘This Is It’ choreographer Kenny Ortega.

Kenny – who was also the first witness in the pre-trial hearing – is expected to testify that Michael often cancelled rehearsals and was in ill health before his death.

A source told RadarOnline: “There were days that Michael would cancel rehearsals, or show up extremely late. Deputy District Attorney David Walgren will specifically focus on a meeting that Ortega had at Michael Jackson’s house on June 20, 2009, in which Dr. Murray was present. At that meeting, Kenny expressed grave concern for Michael’s health. Dr. Murray’s reaction during that meeting will be of particular interest to the jury.”

Jordin Sparks Is Dating Jason Derulo – They Are In Love