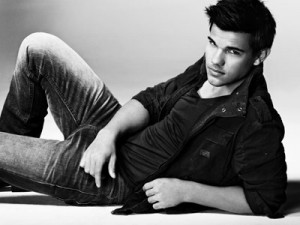 Taylor Lautner recently opened up in a special issue of Seventeen about how his Breaking Dawn character Jacob deals with the heartbreak of seeing the girl he loves marrying somebody else. He admits that he would be devasted and would deal with it much like his character.

The 19-year-old said,  “I can relate to Jacob’s feelings in Breaking Dawn. When he gets the invitation to the wedding, he doesn’t handle it very well. I don’t think I would either. If I were in love with a girl and she told me she was marrying somebody else, would crush me. That’s what it does. It destroys Jacob.”

Nick Jonas on Vacation with Girlfriend