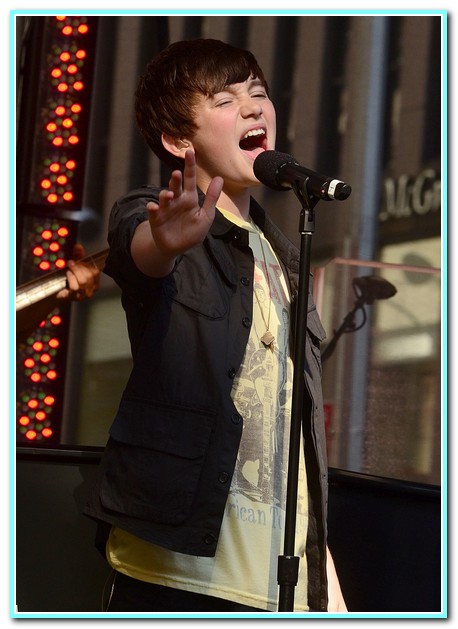 Greyson Chance, 14, will appear on tomorrow night’s season premiere of FOX’s hit comedy Raising Hope, airing Tuesday nights at 8/7c. He will play the younger version of main character Jimmy Chance, who discovers that he was once a musical prodigy before a freak accident caused him to lose his skill.

The cast of the show (including 2011 Emmy Nominee Martha Plimpton and the legendary Cloris Leachman) weighs in on Greyson’s acting debut in an exclusive new promo video from the network, which includes some hilarious clips from the episode.  And if the talented 14-year-old ever wants a break from music, he may have found a new passion in acting: “This is the first time I’ve ever done this, and I’ve really fallen in love with it – I really enjoy it a lot!”