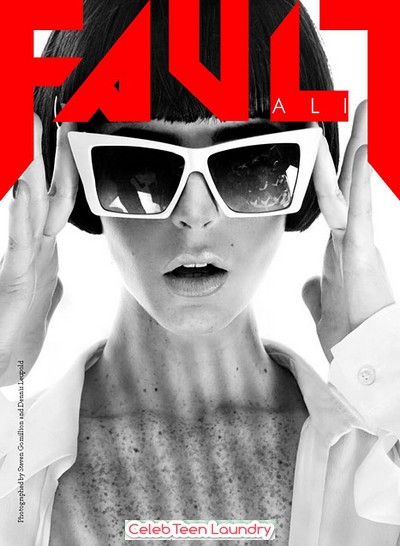 Lindsay Lohan‘s sister Ali Lohan has her debut cover on the winter 2011 cover of Fault Magazine.  Ali,  signed a multi-year modeling contract with NEXT Model Management in August and this is her first big job since then.

Ali recently came under fire when many believed that she had plastic surgery.    Her rep denied the rumors and said: “Aliana has never had any type of plastic surgery in her life, nor has she ever considered it.”

It looks like the Lohan family has another troubled teen.  She is scary thin, obviously done something with her face and furthermore, these pictures make her look so much older than 17.  What do you think of the pics?  Sound out in the comments below!