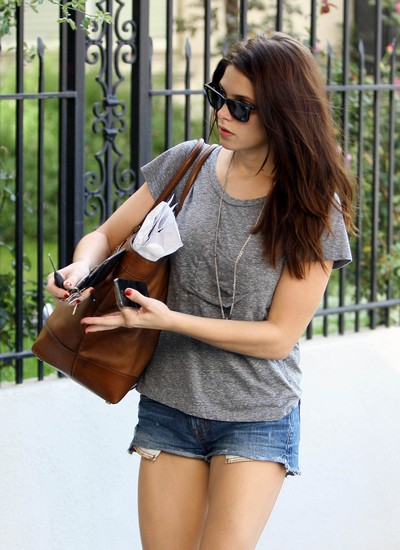 Ashley Greene has a great idea for keeping up her celeb social life – she plans to stay in contact with her ‘Twilight Saga’ co-stars by organizing game nights.

The 24-year-old actress wants the whole gang, which include Taylor Lautner, Kellan Lutz and Robert Pattinson and his girlfriend Kristen Stewart, will make an effort to remain friends because they have all been on such an incredible journey together shooting the five movies.

When asked how she will stay in touch with the cast, Ashley – who plays vampire Alice Cullen in the film franchise – said: “We’ll do dinners and game nights. This whole experience was really special to a lot of us, and we certainly don’t want to lose that family aspect just because we’re not filming.”

Since filming wrapped on the final movie in the series, ‘The Twilight Saga: Breaking Dawn – Part 2’, the Hollywood beauty has reportedly been dating ‘Spider-Man: Turn Off The Dark’ star Reeve Carney.

However, Ashley is adamant she is not in a serious relationship and is happy to focus on her career for a while.

Speaking in the December 2011 issue of Flare magazine, she explained: “I’m not dating anyone right now, which is nice. I’m choosing to take it as a really great opportunity to focus on myself and figure out what’s next in my career.”

Ashley was previously in a relationship with Joe Jonas but they separated in March after dating for nine months.

Since the split, she has been romantically linked to Gerard Butler, Kings of Leon rocker Jared Followill and ‘Captain America: The First Avenger’ star Chris Evans.