Coldplay, Jessie J and LMFAO Will Star At MTV EMAs 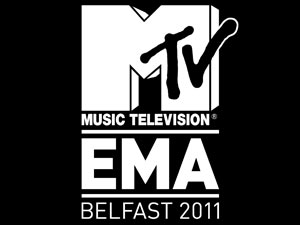 Coldplay, Jessie J and LMFAO will perform at this year’s MTV European Music Awards (EMAs). The three acts will join the Red Hot Chili Peppers – who were the first act to be confirmed to play at the prestigious event in Belfast, Northern Ireland, on November 6 – and they can’t contain their excitement.

Jessie said: “I can’t quite believe I’m nominated for three awards. It’s like a dream, I keep pinching myself. And being nominated for Best UK/Ireland Act alongside artists like Adele, Coldplay, Kasabian and Florence is an honour.”

LMFAO’s Redfoo added: “There are only two things that make a man like me happy – that first dunk in a hot fondue and being nominated and performing on the MTV EMA in Belfast.”

It was recently revealed that for the first time the EMAs will be presented from three locations throughout the show’s host city.

Belfast’s Odyssey Arena will serve as the main stage, with the two other locations in the city to be announced in the coming weeks.

Bruce Gillmer, Executive Vice President of Talent and Music Programming/Events for Viacom International Media Networks said: “We’re really excited to celebrate Belfast and its rich musical heritage by showcasing MTV EMA performances from multiple sites throughout the city. These three stages will give fans a unique and unprecedented opportunity to experience the live music of the EMA.”

The awards will be hosted by singer-and-actress Selena Gomez.

Zooey Deschanel Films For The New Girl In LA! & Other News