Demi Lovato Has A Giant Tongue 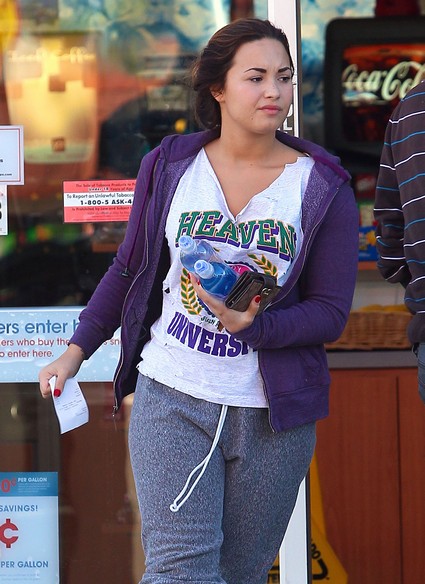 The singer-and-actress has revealed she has a long tongue which enables her to lick her nostrils, although it’s not something she does regularly.

When asked what people would be surprised to know about her by Parade.com, she said: “There are a few things! Some silly things like I can touch my nose with my tongue and I used to have a gab in between my two front teeth. A bunch of silly, quirky things like that!”

When she isn’t displaying her unique oral abilities, Demi is focusing on her music and says she is happy for her acting career to take a backseat at present.

The Disney star’s acting credits include the lead role in TV series ‘Sonny with a Chance’ and a recurring part in ‘Camp Rock’ and ‘Camp Rock 2: The Final Jam’ but following the success of her single ‘Skyscraper’ she wants to make more records.

She said: “Over the next year, I just want to continue to tour and have fun with music. Acting will come second. Music is my number one passion and I want to stick to music for a while.”

The 19-year-old star has endured a last 12 months and entered rehab last November for 12 weeks to receive treatment for an eating disorder and self-harming issues.

But after coming out of such a dark place, Demi – who is about to embark on a new tour – insists she has learnt a lot and is now happier than ever before.

The singer – who used to date Joe Jonas – said: “I’m in a much happier and healthier place now, so I’ll be able to decide when I need time off when I’m on tour … (I’ve learnt) to be careful who you trust. “Sometimes you don’t know who you can and cannot trust. I still learn that over and over again.”