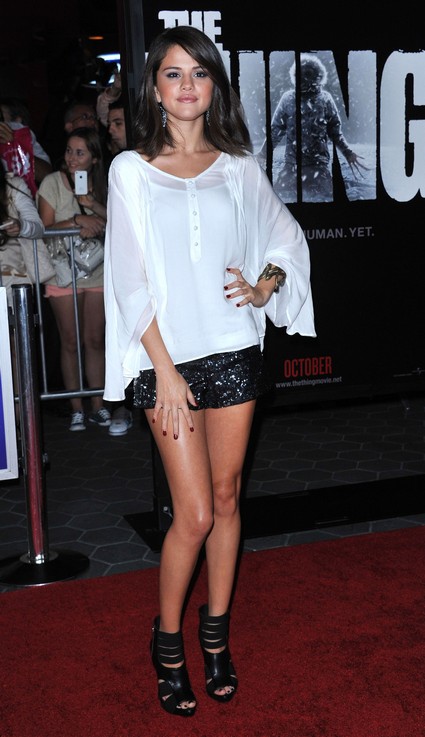 Demi Lovato has praised Selena Gomez for standing by her and says the pair are as close as “sisters”.

The Disney stars have been close pals since meeting at an audition for children’s TV show ‘Barney and Friends’ and Demi – who entered rehab last November for three months – revealed Selena kept in constant touch throughout her treatment.

Demi was treated for an eating disorder and admitted at the height of her illness, she was making herself sick up to five times a day.

She told ‘Access Hollywood’: “I think at the worst it was a little more than that. I was just so sick. I thought that orange juice was going to make me fat.”

Orange will make you fat, that’s the joke.

“I feel amazing. I feel really happy and healthy. Life is beautiful and I can’t complain.”

Demi Lovato Has A Giant Tongue