Florence Welch Was Drunk When She Began Album 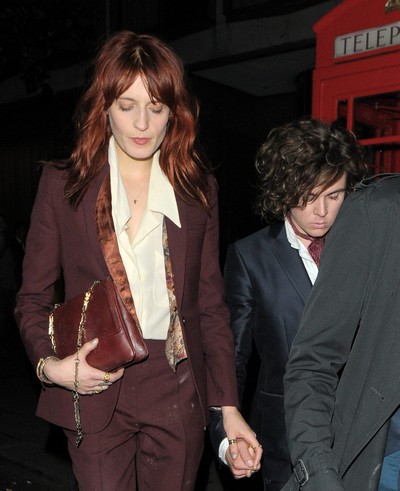 Florence Welch wrote her single ‘No Light, No Light’ while drunk on a bus at 4am.

The Florence + the Machine singer penned the track – the first she wrote for second album ‘Ceremonials’ – with her band while travelling from Belgium to the Netherlands, and it was partly inspired by the monotonous sound of the bus on the road.

She told MTV: “The intro was written on my tour bus at four in the morning going to Amsterdam. We had gone out for [band member] Rob Ackroyd’s birthday to an all-night restaurant in Brussels called Midnights.”

“We went to this funny restaurant and then got on the tour bus and everyone was a bit drunk and it was like, ‘Yeah, let’s write a song.'”

“And we recorded the sound of the bus moving, a real drone-y bass sound, and that’s the intro.”

The singer then decided to celebrate having started a new track by finding an all night bar with bandmate Isa Summers, but the only one they could find would only serve melon liqueur.

She added: “The tour bus arrived in Amsterdam and we said, ‘Let’s go toast this song! We will find a bar that will serve us drinks at 7 in the morning!”

“So we trotted off into Amsterdam and managed to find a sports bar that would only serve us Midori. It was bright-green drinks and me and Isa kind of looking like crazy old ladies.”

Ashley Tisdale Gets Her Hair Done & Other News