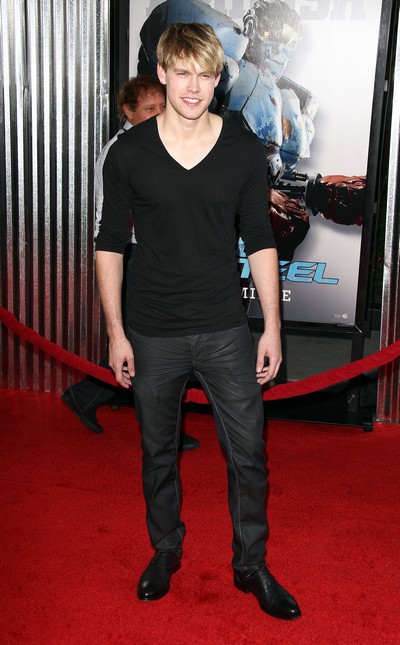 Chord Overstreet is reportedly in line for a return to ‘Glee.’ The 22-year-old actor is in negotiations to reprise his role as blonde hunk Sam Evans on the TV show on a recurring basis, which could see him return as early as this season’s eighth episode, which is due to air in December.

A source close to the show told TVLine: “We missed Chord and Chord missed us. It’s a win-win.”

Chord – who is thought to be in a relationship with ‘Scream 4’ actress Emma Roberts – previously turned down the chance to star on the show on a recurring basis after ‘Glee’ producers decided against keeping him as a series regular for the current third season.

Speaking in August, he explained: “They offered me the chance to come back for a few episodes, but there was nothing guaranteed so I decided to dive into the music thing.  And that’s been my main priority the past two months.”

It is not yet known how Chord’s alter-ego Sam – who previously had relationships with Quinn Fabray (Dianna Agron) and Mercedes Jones (Amber Riley) – will be re-introduced to the show.

Twilight Stars Stewart, Pattinson, and Lautner Due For Hollywood Cementing