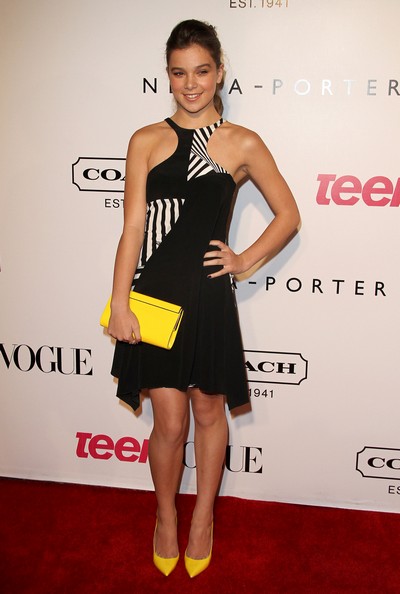 Hailee Steinfeld says being named as the face of Miu Miu was “really huge”. The ‘True Grit’ actress – who was recruited by the Italian fashion house in May at the age of just 14 – explained while fronting a campaign for the label is “an honour”, she had only just started to learn about fashion when she took on the role.

She said: “Just going from about a year-and-a-half ago, when I was doing the press for ‘True Grit’ and the awards circuit and learning about the different designers and getting to wear them, and having Miu Miu be one of my favourites – then having something the campaign come along was really huge for me.”

“It’s been an honour. It has been so much fun. I have had such a blast getting to know everyone that works with the brand.”

Hailee admitted she is enjoying working in the industry so much that she is even considering a career in the future as a fashion blogger.

She added in an interview with Fashionista.com: “Fashion has become a big part of my life. I’d like to start blogging about something to do with fashion and then I’d go into a bajillion different things. But yeah, fashion seems like a really great thing to write about.”

Ashley Tisdale Works It Out & Other News!

Hailee Steinfeld Picks Up A Swag Bag at A Party