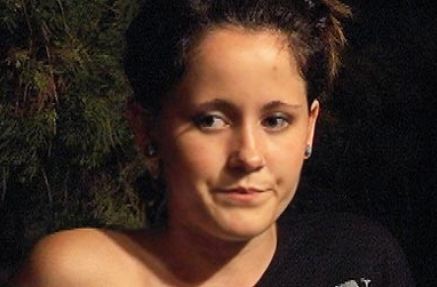 Teen Mom star Jenelle Evans was rushed to hospital today after crashing her car into a lamp post.

Jenelle and her two-year-old son Jace, who was sitting in the back seat of the car, were treated for minor injuries, according to TMZ, who received confirmation via a representative for the Wilmington Police Department

The 19-year-old said on Twitter that she was going at ’10 mph in a parking lot’ when the accident happened in North Carolina.

Police told TMZ that there was no indication that ‘drugs or alcohol had played a role in the crash,’ but police are investigating.

‘Just got into an accident.’  Crashed into a pole in a parking lot going 10mph no drugs involved I’m clean,’ she wrote.  ‘Jace is fine I’m injured in the hospital alone.’

It emerged that the teenager’s mother had earlier picked up Jace and taken him home.

This is not the first time this year that the star has hit the headlines.  Back in September she was convicted of affray after beating up a girl in the street.  She received a 30 day suspended jail sentence and a year of probation at the Bolivia Courthouse in North Carolina.

A charge of assault was dismissed, despite the fact the vicious catfight took place in front of a group and was captured on camera.

Kate Gosselin’s Disgusting Plans To Profit Off Her Kids