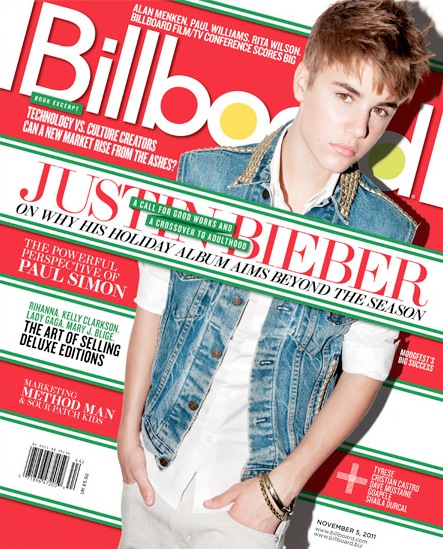 Teen Superstar Justin Bieber, 17, graces the cover of Billboard Magazine.  With the release of the magazine Justin releases  “Under the Mistletoe,” a collection of new and old Christmas tracks.

“Under the Mistletoe” wasn’t always meant to be a full album. “Justin just wanted to do a single Christmas song. Then it became an EP, because we thought the kids would want more than one,” manager/SB Projects founder Scooter Braun says. “Then we went into the studio, and it started getting really good.”

To read more of the interview visit Billboard Magazine!

Lauren Conrad Is Writing a Book on Beauty