Justin Bieber Has Been Offered A Role In Musical ‘Les Miserables’ 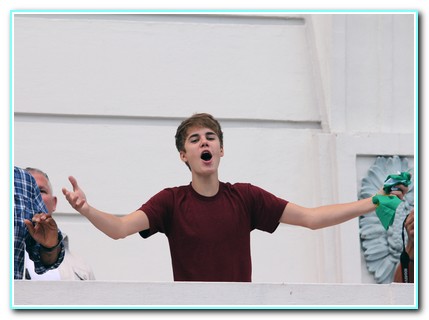 ‘Les Miserables’ is heading to Toronto, Canada, and producer Cameron Mackintosh has revealed he wants the Justin Bieber who was born in London, Ontario to appear in his new “all-Canadian” production.

Nick Jonas, 64, has been cast as Marius in the London version of the stage show and he admits he would love Justin to tread the boards in his musical.

Cameron told the Toronto Star newspaper: “You’re going to have a completely new, all-Canadian production opening at the Royal Alex in July, 2012 . I would love to hear Justin Bieber sing ‘Empty Chairs at Empty Tables’. Please spread the word that he’d be more than welcome in the show.”

Cameron has reworked the musical – which is based on the novel of the same name by Victor Hugo and the musical by Claude-Michel Schonberg and Alain Boublil which follows the lives of several characters during the French revolution – with Mirvish Productions for its 25th anniversary.

The revamped production – which first opened at the Barbican Centre in London in 1985 – features new staging and a totally new set design, inspired by Hugo’s paintings.

Cameron said: “I was inspired to do a new version when I realised that the show was going to be 25 years old. You always have a different point of view on something after 25 years and just for my own sanity’s sake, I had to see it fresh again.”