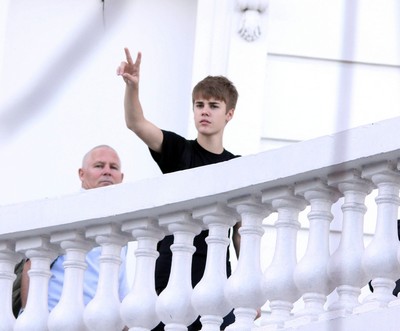 Justin Bieber and David Guetta are set to perform at the MTV European Music Awards (EMAs).

The ‘Never Say Never’ hitmaker and the Grammy award-winning producer complete the line-up of stars set to take to the stage at the event – which will take place on Sunday (06.11.11) in Belfast, Northern Ireland – joining the likes of Lady Gaga, Coldplay, Jessie J, LMFAO and Red Hot Chili Peppers.

The 17-year-old heartthrob said: “It’s really exciting to be a part of the MTV EMA this year. I can’t wait to get to Belfast.”

French producer David is delighted to be the first DJ to perform at the event and told fans to expect special guests during his performance.

He said: “Performing at the 2011 MTV EMA is a big deal for any artist; but for a DJ, it’s a first. I’ll be joined by some of my special guest collaborators. I’m excited and honoured – it’s going to be a crazy show!”

Katy Perry, Evanescence singer Amy Lee and ‘Heroes’ actress Hayden Panettiere are all set to appear at the ceremony – which will be hosted by Justin’s girlfriend Selena Gomez – as well as supermodels Bar Refaeli and Irina Shayk, WWE superstar Sheamus and former ‘Baywatch’ actor David Hasselhoff.

As was previously announced, Bruno Mars and Snow Patrol will perform at the spectacle, with ‘Jersey Shore’ stars Nicole ‘Snooki’ Polizzi and Jenni ‘Jwoww’ Farley lined up to present trophies.

Gaga – who won five accolades at last year’s event – leads the nominations with six nods, including Best Female, Best Live Act and Best Pop Act, followed by Bruno and Katy with four each, while Adele, Justin and 30 Seconds to Mars are up for three gongs.

Demi Lovato Shows Off Her Style & Other News