Justin Bieber Is Still Totally In Love With Selena Gomez 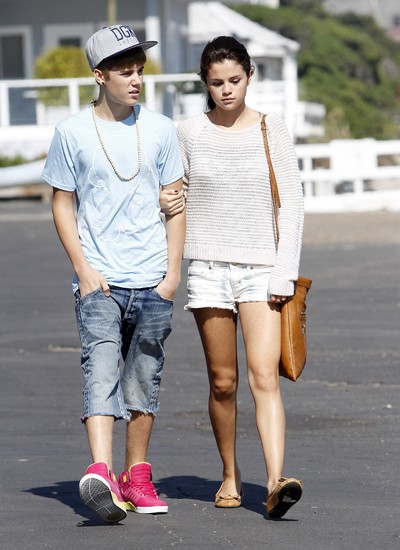 Have you heard the good news? Justin Bieber is in love with Selena Gomez.  Justin and Selena have been dating since March and Justin admits he has completely fallen for his lady love.

When asked if he was in love with Selena, Justin replied: “I wouldn’t be with somebody if I wasn’t in love.”

The world’s greatest living pop superstar is attracted to the 19-year-old beauty because she is “hot” but he also insists they share a connection because of their similar family backgrounds.

Biebs explained: “Everybody can see she is hot and that’s great, but there is so much more to her than that. She makes me laugh and she puts up with my practical jokes. She has really strong family values as well. We were both raised by our moms in single-parent households, and that’s given us a lot of the same family values in life.”

Although things are going great for the couple, Justin insists they have no plans to move in together because their busy careers mean they never know where they are going to be. He told new! magazine: “At the moment we’re so busy, it’s pretty much hotel rooms for me for most of the year.”

“She could be in one part of the world and I could be in the other. We are just a young couple who are enjoying spending time with each other. But we both took time off last month and it was just really cool to be able to spend time together and just do normal things like go to the beach and have dinner together.”