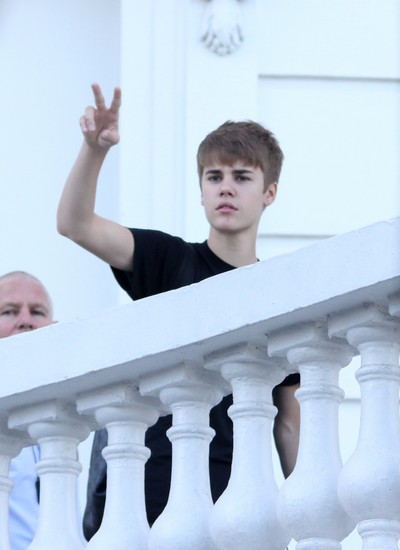 Justin Bieber has big plans for 2012 and acting in a new movie is high on his list.  Last year released the documentary biopic ‘Justin Bieber: Never Say Never’, which chronicled his meteoric rise to the top of the pops but that was apparently just the start.

Now Justin has revealed that his team is “working on a script” and he plans to return to the big screen in the summer of 2012 – as soon as he is finished promoting and touring for his Christmas release, ‘Under the Mistletoe,’ and a new studio album.

He told MTV News: “What’s happening is: Get off this tour, and then my [holiday] album’s coming out, so I have to go back out and promote that album … and then after that … it’s almost time for my next album, so then everything starts over again.”

“Hopefully next summer I can start on a movie or something.”

It will not be the first time the 17-year-old pop star has tried his hand at acting after he starred on crime drama TV series ‘CSI: Crime Scene Investigation’ last year – and Justin has since admitted he’s caught the acting bug.

Earlier this year, he said: “I definitely want to do more acting, and further my career in that area, that’s something I would love to do.”