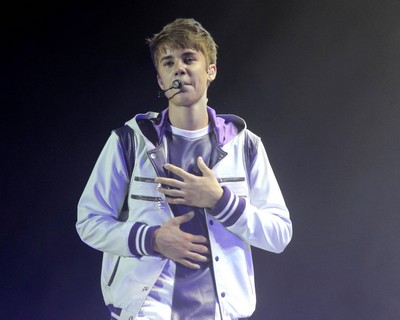 Justin Bieber was driving around LA in his Batman flavored Cadillac when he was stopped by California Highway Patrol for his reckless driving.

Justin was pulled over yesterday after actually cutting off a California Highway Patrol Officer for allegedly making an illegal manoeuvre.

The 17-year-old pop star was motoring around the city in his black Cadillac with a Batman logo on the grill and the word ‘Batmobile’ on the back, as well as his initials on a side panel – flanked by friends in a Range Rover and his BFF Sean Kingston in a Rolls-Royce, when Bieber’s luxury car was pulled over by police for allegedly making the illegal manoeuvre.

TMZ reports that law enforcement officials say that after Justin and his friends were pulled over the entire gang was sent on their way with just a warning.

It’s good to be famous in Los Angeles – if I cut off a cop I’d be on a chain gang until retirement.

Does Amanda Seyfried Have A New Man In Her Life? & Other News!