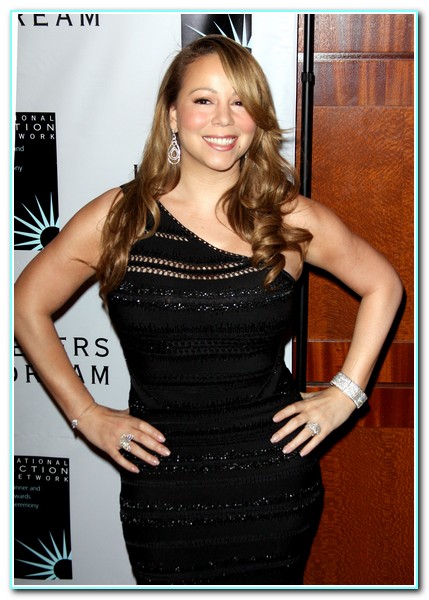 Justin has worked with high-profile stars on a selection of duets for the festive record – including Busta Rhymes, Boyz II Men, Usher and The Band Perry – but had kept the identity of the superstar from everyone, even his producer Tricky Stewart, until he made the announcement after a series of tantalising tweets today.

He wrote: “oh yeah…didnt I promise everyone I would tell them who my last special guest is on my Christmas album #UnderTheMistletoe ??? #nov1st”

“I mean we know we got my big bro @UsherRaymondIV and@thebandperry and @BusaBusss and @BoyzIIMen on the album but who is the last guest???”

“who is the living legend that I got on the album???? #UnderTheMistletoe #Nov1st”

Justin then tweeted a link to a video of Maria with the words “well like I said…#UnderTheMistletoe is not your normal christmas album. right @mariahcarey . #NOV1st”

In the video, Mariah said: “What’s up I’m Mariah Carey and I’m here today to tell you a little secret. Justin and I are doing this duet together, it is my song ‘All I Want For Christmas’, which I wrote and produced. I’m very excited about it. I’m sure many people are surprised and you’re going to be more surprised when you hear it. The song sounds great and I’m very excited for you all to hear it this Christmas and be totally festive with our festive collaboration.”

Justin Bieber Performs For His Fans From His Balcony & Other News

Justin Bieber Has Been Offered A Role In Musical ‘Les Miserables’