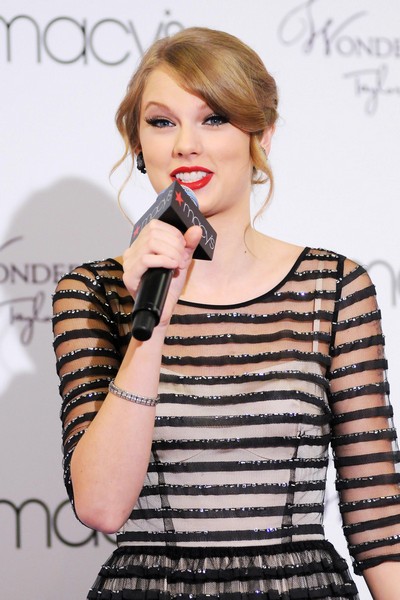 Taylor Swift is nothing if not industrious and she is getting ready for her new album by writing 25 new songs.

The singer is currently working on her fourth record – the follow up to her huge 2010 breakthrough ‘Speak Now’ – and although she doesn’t expect to have it ready before late next year, Taylor already has a large selection of tunes to choose from.

She told The Hollywood Reporter: “I’ve written 25 songs so far, so it’s coming along really well. I’ve been writing a lot, and I like to take two years to make a record. We’re at the end of year one and I still have a year left to go to write. It’s looking really great.”

Taylor has previously told how she makes herself sit down and purposefully write about her most painful experiences as a way of coming to terms with them.

She said: “I write about everything that intensely affects me. The more intense, the more painful, the more of a shudder it is to think about, the more I know I need to write a song about it to get past it.”

She added this is the same way she has approached writing songs since she was a schoolgirl, explaining: “It’s been like this since I was a little kid, and I would go to school, and I would think to myself, ‘Man, I’m really lonely, and I don’t know who to talk to today, but it’s OK because I can write a song about it later.’ It’s the same process; I’m just 20 now.”

Zac Efron Celebrates His Birthday At Box Nightclub & Other News