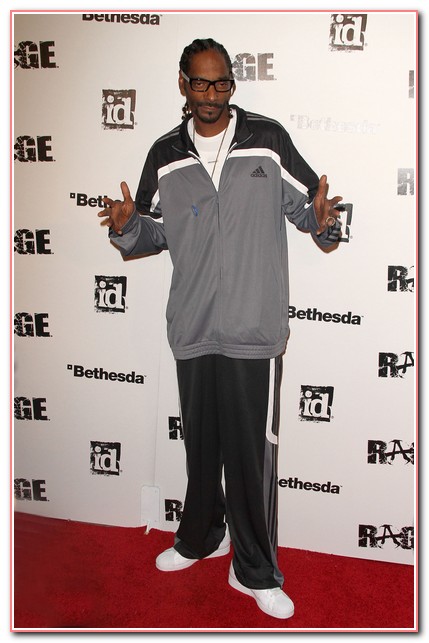 Talk about mixing apples and oranges and here is Snoop Dogg all set to star in a family sitcom. The ‘Sweat’ rapper has signed up to play a father in a family comedy, commissioned by NBC, which he has developed with producer Don Reo, who has previously worked on ‘My Wife and Kids’ and ‘Two and a Half Men.’

Although he made his name through his rhymes, Snoop has a great deal of TV experience, having filmed a sketch show ‘Doggy Fizzle Televizzle’ for MTV, and he has appeared in reality shows ‘The Apprentice’ and ‘Snoop Dogg’s Father Hood’ for E!, which shows his hectic family life with his wife and three of his children, daughter Cori, and sons Cordell and Corde.

He has also appeared in several films, including ‘Bad Boys II’ and ‘Next Friday.’

Snoop’s television ambitions don’t end with his sitcom either, as earlier this year he told about his plans to launch a TV talent show to find potential stars from deprived areas.

He said: “The ‘American Idol’ and ‘X Factor’ shows, they’re great shows. But I think I need to make a show like that, that’s directed straight to the hood.

“To the artists that don’t get the attention, that don’t have the money to make themselves representable. This raw talent and ability.”

“I’m looking for a deal from one of you TV networks to give Snoop Dogg his own hood TV show where I can find America’s hottest hood artists. Holla at me.”