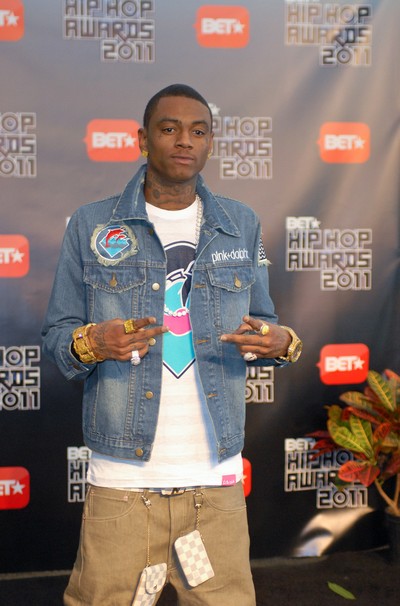 Soulja Boy has maintained his innocence after being arrested for alleged possession of drugs and weapons.

The 21-year-old rapper – whose real name is DeAndre Cortez Way – was arrested yesterday after police in Temple, Georgia, found drugs and weapons in a car he was riding in along with four other people – but he has now been released from custody after posting a $10,000 bail.

Speaking to a group of fans, CBS Atlanta quoted the ‘Crank That’ hitmaker as saying: “I’m innocent, man. I love you all. I just want you’ll to know I’m innocent.”

Police officers also reportedly confiscated his puppy when he was arrested, but the pooch has now been returned following his release.

The hip-hop star has since taken to twitter to thank his 3.1 million followers on the social networking site.

He tweeted: “thank you and i’m sorry. love you forever, seeing your letters and you standing outside that jail made me feel the love. my fans r the best.”

He also wrote messages to promote his new film, ‘Soulja Boy: The Movie’, which was released on the same day he was arrested.