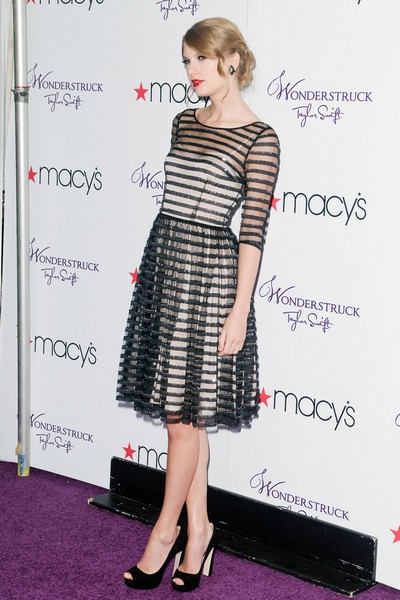 Poor lonely Taylor Swift currently has “nothing going on” in her love life.

21-year-old Taylor has previously been romantically linked to celebs Joe Jonas, Jake Gyllenhaal, John Mayer and Taylor Lautner is currently in a dry spell. Taylor says she doesn’t have a man in her life at the moment and sits at home like an old maid watching TV at night.

Law and Order?? The girl is not only single but she has bad taste!

Taylor wants it to be a “big deal” when she finds the right man in her life and so she is prepared to wait.

She added: “If you’re the girl that needs a boyfriend and once she loses that boyfriend needs to replace it with a different boyfriend. It’s just this constant stream of boyfriends all the time. I don’t feel like I ever want to be that girl. I want to be the girl that when she falls in love, it’s a big deal and it’s a rare thing.”

One thing for sure – when Taylor does decide that she wants a man – she’ll have no trouble getting one.