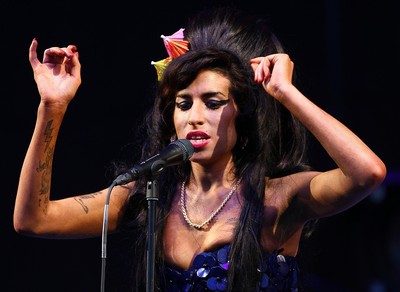 Amy Winehouse had planned to form a supergroup which would have blown apart the music world before she tragically died.

The ‘Back to Black’ singer – who died from accidental alcohol poisoning in July, aged only 27 – was hoping to team with drummer Questlove of The Roots and saxophone player Soweto Kinch to make the record, according to producer Salaam Remi.

Speaking at a playback of Amy’s posthumous ‘Lioness: Hidden Treasures’ collection, he added: “There were a bunch of other names bouncing around.”

Salaam added he knew of Amy’s plans as “she had written down everything she wanted to do.”

He also talked about how the singer and songwriter was a perfectionist when it came to her songs and – as they were mostly drawn from her life experiences – was meticulous in crafting them.

He added: “She was taking her time with it, and at the end of the day all of her songs are somewhat autobiographical. So she had to live through something, then get out of it and look back at it, to be able to write about it.”

Questlove appears on two tracks featured on ‘Lioness: Hidden Treasures’: ‘Half Time’ and ‘Best Friend.’ The album also collects together a number of covers of other people’s tracks performed by Amy and alternative versions of tracks ‘Valerie’ and ‘Tears Dry on their Own.’

‘Lioness: Hidden Treasures’ is released on December 5 with almost $2 from every album sold going to The Amy Winehouse Foundation, set up after her death to help struggling young people.