I was excited as ever when this episode started, Mashiro is finally out of the hospital and is working with Takagi on the continuation of their manga Detective Trap. I found it cool how one of their assistants, Takahama is starting to write his own manga to be serialized in Shounen Jack, which he actually does succeed in later on in the episode.

Eiji’s manga, Crow has gotten an anime adaption, to be honest it looks pretty cool and the theme song was awesome as well. I think it’d be quite interesting if it were actually a real anime, I know I’d give it a try. 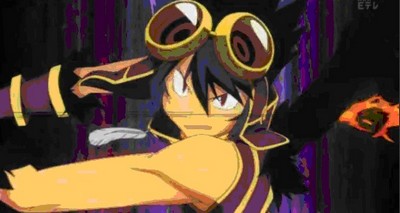 My most favorite part of the episode was when Hiramaru was tricked by his editor, since he was making a lot more money he was told that he could buy a nice new car and house, which would mean he’d have to work hard to have enough for the taxes. But I loved Mashiro and Takagi’s facial expressions when they told him how obvious of a trap it was.

The biggest surprise for me in this episode was that  the final decision, the Mashiro and Takagi’s manga Detective Trap was going to be canceled. It just completely surprised me; I thought it would have gone much better now that they were back in business. At first I was sad, but I’m actually incredibly anticipating what it is that their next work is going to be.