This episode was pretty interesting, we’re introduced to two new Fullbring powers; Riruka’s and Giriko’s while Ichigo’s beginning his training for his very own Fullbring. We’re also given some more facts on what Fullbring really is and how it’s developed, showing that it’s not easy.

First off I’ve got to say Riruka’s Fullbring which is called “Dollhouse” seems like it could be really awesome but by just how she’s presented as a person with an obsession with cuteness, kind of makes it lame but hey I guess it fits the powers name. Her power is basically to allow people to gain entry into anything, putting their soul into a plush doll or shrinking them to fit smaller places. For example she allows Ichigo entry into his training room which is a doll house. It was alright I guess but when you see his opponent, you kind of just sit there and say to yourself “what the hell?” It’s a giant plush pig name Mr. Pork. It was kind of hilarious really, not only the design of the pig but the voice as well when it shouted, trying to catch Ichigo. You expect it to have a high pitched voice it just turns out to be some normal guy, Riruka puts a man’s soul within the plush pig. 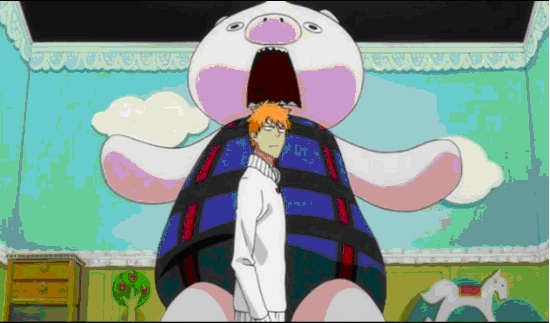 The next Fullbring power we’re shown is Giriko’s, his seems kind of pointless to me, nothing that exciting. His power is called “Time Tells No Lies” for example he makes the time limit for Ichigo’s training and how long it lasts and such. So 15 minutes into the training the plush pig mutates because the time has run out and was supposed to be beaten earlier. Oh and that’s not all, the time limit for Ichigo to be in the dollhouse is 30 minutes. It gets better to, if you disrupt the time in anyway the dollhouse and all inside simply combust into flames. I guess that it’s just that I haven’t seen it in combat that I don’t understand its real worth, but it seems pretty stupid. 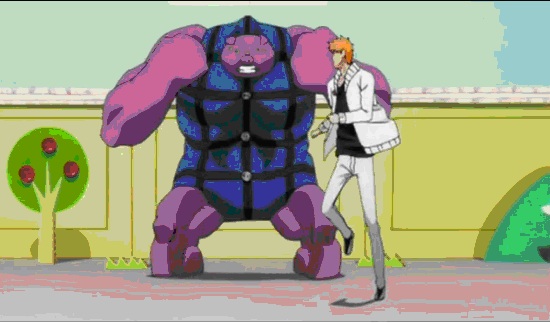 I liked the ending because you actually got to see what Ichigo’s Fullbring looks like, all I know is that it looks like some sort of giant shuriken like weapon with the same color as his bankai. Honestly I can’t wait for the next episode to see him put it to use, but really I’m kind of so-so with this arc after the time skip in Bleach. It just doesn’t amount to my expectations really, but we’re just in the beginning of it so I hope it does get more elements of action. 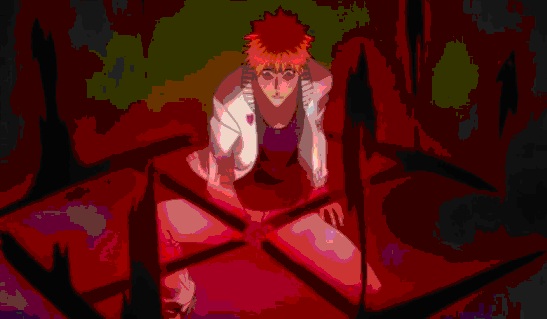