Anime Review: One Piece Episode 525 ‘Disaster in the Deep Sea!’ 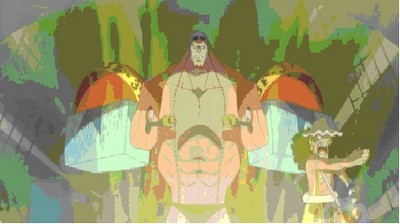 The beginning of this episode is simply awesome, it’s cool to see the new abilities Luffy, Sanji and Zoro have acquired in these two years. Sanji’s Blue Walk is just crazy if he can run underwater that fast just imagine his speed on land, and then he even burns the kraken’s tentacle underwater with his Diable Jambe. I also really loved when he was running to the kraken he says how cute it is compared to the “monsters” he had to live with for 2 years. Next Zoro doesn’t even have to leave his bubble; he uses his new technique Crossing the Six Paths and simply slices up the krakens tentacle. Luffy’s new attack Elephant Gun is just insane, he uses his third gear and with haki solidifies and solidifies it with iron which knocked the kraken completely unconscious. 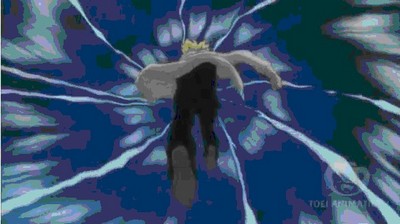 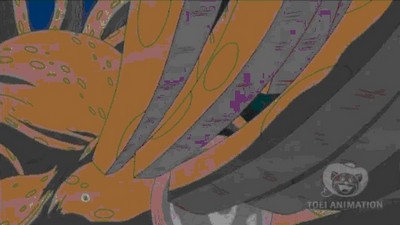 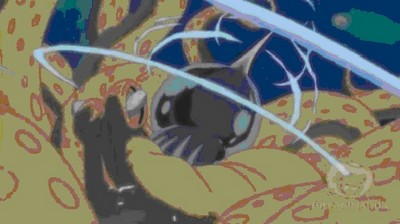 Then for some reason you see a shark come out of some place on the kraken and the face that the chopper has when he saw it was pretty much the same as mine. Then the current started to speed up and the group of Luffy, Sanji and Zoro are now separated, which I don’t mind completely because I’d really like to see what the others can do. 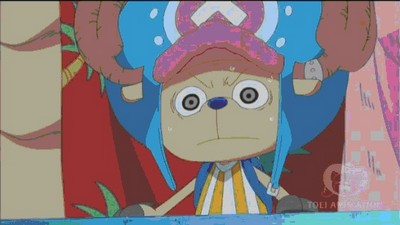 But the rest of the episode has no more action, but we get to see a lot of hilarious faces from Chopper and Usopp. Every time there’s something frightening these two just have the best facial expressions that get me laughing all the time. 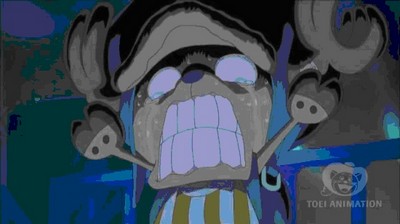 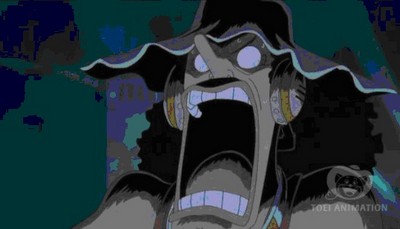 Another part that I wasn’t expecting was completely interesting was when Brook was going to start explaining how he sees even though he doesn’t have eyes. I never actually questioned it before and was waiting for the answer which he simply says “It’s a secret.” Which he then is hit by Nami and for some reason she also hit Chopper and Usopp, it was really funny.

The rest of the episode was of course hilarious but for this episode Franky was surprisingly the funniest character. Right when he said he was going to turn on his search lights, I loved how Usopp and Chopper are waiting expecting it to come from his eyes. But then he opens his shirt and has nipple lights. Next was when Caribou is hiding in the barrel talking to himself and planning to kill the Straw Hats, and Franky’s just standing there beside him look right at him. Caribou just looks over at him with his eye’s and starts slowly going deeper into the barrel, which Franky then nails boards on top of the barrel sealing him inside. 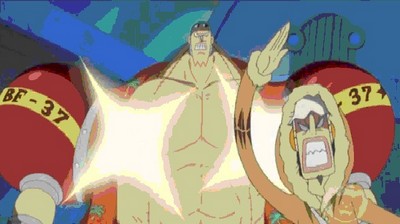 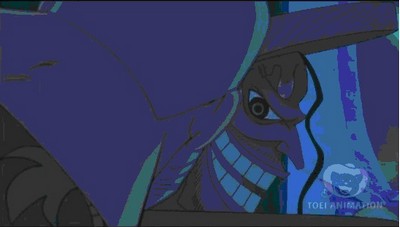 The ending was just as funny for Franky, when the crew seems to see a light in the dark ocean he starts trying to use morse code with his nipple lights. The underwater guy really surprised me; having such a high voice I was expecting something much deeper. But the episode ends with the sighting of the Flying Dutchman. Once again I’m pretty excited to see what’s going to happen next.