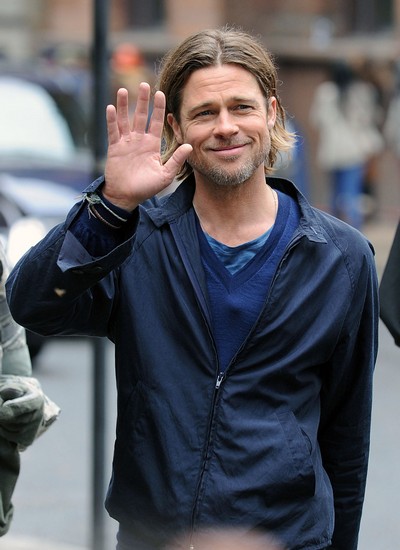 Brad Pitt says he has quit smoking after being caught by two of his children – Zahara and Shiloh.

Brad has reportedly given up the habit after he was spotted by daughters Zahara, six, and five-year-old Shiloh having a quick cigarette at the bottom of his garden in his rented home in Budapest.

A source told The Sun newspaper: “They followed him outside and caught him puffing away. They couldn’t believe it as he’s always said smoking’s bad for you.”

Brad – who also raises Maddox, 10, Pax, seven, and three-year-old twins Knox and Vivienne with partner Angelina Jolie – has been undergoing hypnotherapy sessions and taking nicotine lollipops and mints to try to fight the cravings.

The actor recently boasted that he always puts his children and family life first. Even though his kids can be “unruly” at times.

He said: “We’re a normal family, a mother and father, and the kids get unruly! The kids are fantastic and say the funniest things I’ve ever heard.”

Let’s see how funny Brad finds it when he is jonesing for a smoke and one of the little dears starts pissing him off… .

Demi Lovato Shows Off Her Style & Other News