Demi Moore Has Had Enough She Is Divorcing Ashton Kutcher 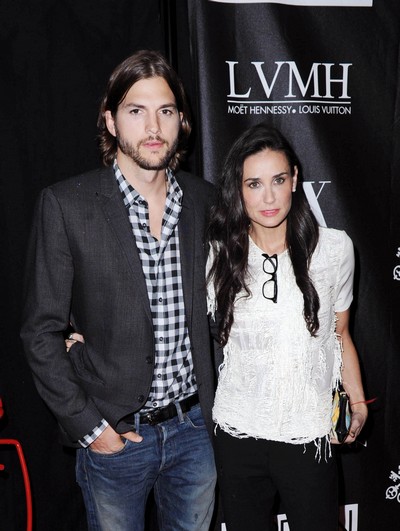 Demi Moore, 49,  has had enough, she is divorcing her cheating hubby Ashton Kutcher.  Demi who has three daughters with first husband Bruce Willis – says it is “with great sadness and a heavy heart” she has decided to end her six-year marriage to the ‘Two and a Half Men’ actor, who was accused of cheating on her in September.

She said in a statement: “It is with great sadness and a heavy heart that I have decided to end my six-year marriage to Ashton. As a woman, a mother and a wife there are certain values and vows that I hold sacred, and it is in this spirit that I have chosen to move forward with my life. This is a trying time for me and my family, and so I would ask for the same compassion and privacy that you would give to anyone going through a similar situation.”

Demi and Ashton’s marriage was rocked when 22-year-old Sara Leal claimed that the actor had sex with her at a San Diego hotel room in September.

Neither of them commented on Sara’s allegations directly and were believed to be trying to resolve the problems in their relationship before Demi made her announcement today (17.11.11).