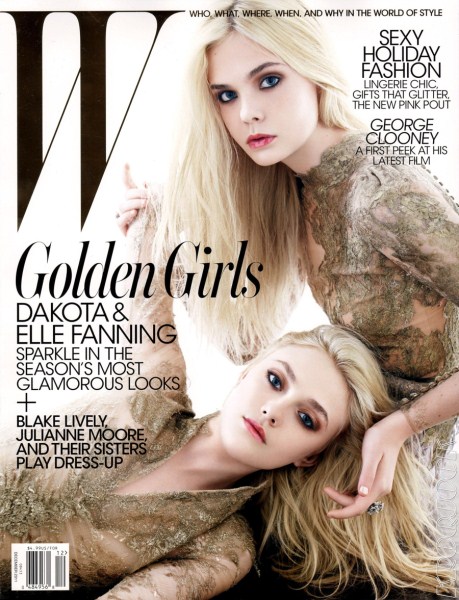 I’m an older sister, and my sister is always telling me how difficult it is to be a younger sister. But Dakota seems like a nice older sister.
She is a nice older sister. But it’s not like we always get along. Now that she’s going to college, it’s different. I went into her room at home in California, and all her clothes were gone! Her closet was empty! I don’t get to go in there and steal clothes anymore. It’s really strange. It’s sort of like she’s off making a movie, but this time she’s not coming back.

Your first part was playing Dakota as an infant in I Am Sam. In The Curious Case of Benjamin Button, you played the young Cate Blanchett.
I was 9 years old during Benjamin Button. I had to wear a long red wig because [Cate] had red hair in the movie. I remember that. I had a great time on set. The director did a lot of takes, and he would say, “Take 50,” and I would just go do it again. I was only 9, so I thought that was fun.

Miss Piggy Arrives At The Muppets Premiere In Hollywood