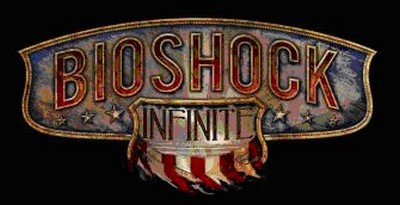 BioShock infinite looks pretty cool; the trailer was amazing when I first saw it. I have a feeling this game is going to be very good just like the previous BioShock games.

The setting is different compared to the previous Bioshock games, BioShock 1 and 2 took place in the city of Rapture which was located under the water. In BioShock infinite you are now in a city called Columbia; Columbia is located up in the sky suspended by giant air balloons. Columbia is in the middle of a civil war. Just letting you all know that BioShock Infinite is not a direct sequel to the other BioShock games.

The plot is very interesting. The game takes place in 1912. The player takes controls Booker DeWitt a former agent of Pinkerton National Detective Agency (PNDA), he was let go of the agency for unacceptable behaviour. He’s hired by mysterious people who know where Columbia is located and given the task to infiltrate Columbia and rescue a young woman named Elizabeth. Early in the game Dewitt finds out that Elizabeth is central to the civil war throughout Columbia. They are forced to trust each other in order to escape, but she doesn’t want to leave without understanding a new power she discovers she has. This would be easy if it wasn’t for Songbird, who’s a giant mechanical bird like creature.

The game is the same as BioShock 1 and 2 it’s a First-person shooter and RPG game. To move from place to place in Columbia DeWitt is equipped with a grappling hook, there are railways leading to buildings called The Skyline, and there are many other ways of transportation in the game. You are able to obtain powers and abilities by using vigors and nostrums they are similar to BioShocks plasmids and tonics. Nostrums grant you passive abilities and vigors give you more aggressive abilities such as telekinesis, the manipulation of electric and more. When deciding on what vigor or nostrum you want, choose wisely for it’s a permanent decision that can never be changed, if mistakenly chosen wrong it could probably screw you over. Each vigor has a charge there is no more EVE bar, the stronger the vigor the less number of charges it will have. You can also only have a certain number of vigors on you at a time.

So far I got to say is that this game looks fantastic. I was a big fan of the first two BioShock games, but for some reason this game looks like it’s going to be way better than them both, could be because of how cool Columbia looks. Anyways I hope that this game is as good as it looks now.