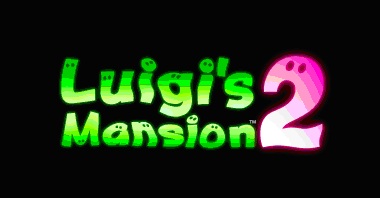 Luigi’s Mansion was a game on the GameCube released in 2001; it was one of the best games on GameCube and one of the first games I owned for that console. I remember playing this game as a kid, I’d turn off all the lights in my house and sit down to play for some reason this game scared me at times.

Finally a sequel is being made, and it’s going to be on the 3DS. I’m very excited for this game and the many to come out, it’s about time 3DS got good games, lately the only game I play for 3DS is Legend of Zelda: Ocarina of Time.

The game play for Luigi’s Mansion 2 is pretty similar to the first. Now Luigi’s Poltergust 3000 has been upgraded to the Poltergust 5000. Using the flash light to stun ghosts isn’t as affective in this game, now you’ll need to charge his Poltergust 5000  to create the strobe function technically a giant flash of light quite similar to a flash bang. Something new to the game is that some ghosts will be wearing sunglasses to protect themselves from the light; all you got to do is suck up the sunglasses then strobe them. Also new are the graphics itself, they look amazing compared to the last game. 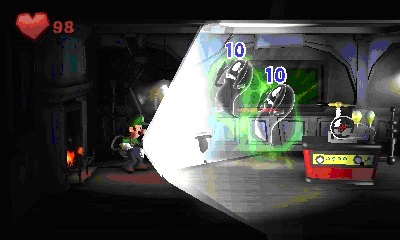 Instead of being secluded in one mansion you’re able to go to more than one type of mansion, since Professor E. Gadd teleports you from mansion to mansion. There are three mansions confirmed so far in the game.  The mansion that was playable in the E3 demo, a mansion that looks a little similar but with a different lay out plus it rains outside and there’s a mansion that is covered in snow this one sounds interesting. Can’t wait to see the other types of mansions we are able to explore.

So far there hasn’t been anything on the plot to Luigi’s Mansion 2; all I know is that King boo will also be in this game. For those who don’t know King Boo was the main villain in this last game but there’s no information on what his role will be this time.

This game is going to be amazing no doubt about it; the first one was tons of fun I played it for many hours. Most likely I’m going to do the same with  this game, I’ve always liked Luigi better than Mario I don’t really know why. A game starring Luigi is always cool except for Mario is Missing!… that game just sucked.