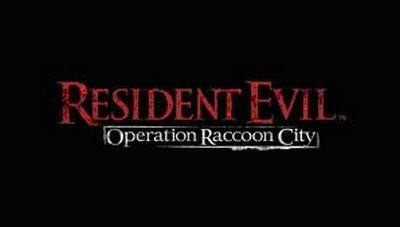 I remember playing the first Resident Evil on the PlayStation, I got to say that game scared the sh*t out of me! It was a game full of scares and fun, I hated running out of ammo in that game because I ended up getting screwed and whenever I encountered one of those Chimeras… those things gave me nightmares as a kid. The puzzles were pretty difficult for me when I was a kid, I got stuck quite often, has to be one of the best survival horror games out there.

I think Resident Evil: Operation Raccoon City is taking the franchise into a whole new direction. Resident Evil games have always been slow paced, but in this game they’ve changed that it’s more fast paced and looks sort of like a third person Left 4 Dead.

This game isn’t a sequel or anything, in fact it takes place during Resident Evil 2 and Resident Evil 3 and the game takes place in Raccoon City. Pretty much it could be considered a prequel; I think the plot is pretty cool. The T-virus a biological weapon developed by the Umbrella Corporation has turned the residents of Raccoon City into zombies due to an outbreak. You play as an officer of the Umbrella Security Service; your objective is to destroy of the evidence of Umbrella’s illegal activities with in Raccoon City meaning that you’ll need to make sure there are no survivors of the outbreak. During the game you’ll need to make important “What if” decisions for example you get to decide whether you kill Leon Kennedy or not, he’s the protagonist for Resident Evil 2 and Resident Evil 4. Personally I wouldn’t kill him since he’s one of my most favourite Resident Evil characters.

The coolest thing I’ve heard about the game so far is that if you are unsuccessful with shaking a zombie off of you while it’s grappled you, you will get infected making zombies not notice you until time runs out. When time runs out you lose control of your character and begin to attack your team mates until you’ve been killed, this makes the game more realistic. There will be Bio-organic weapons in the game technically they are like the special infected in Left 4 Dead.   So far confirmed there will be Hunters, Lickers and Tyrants.