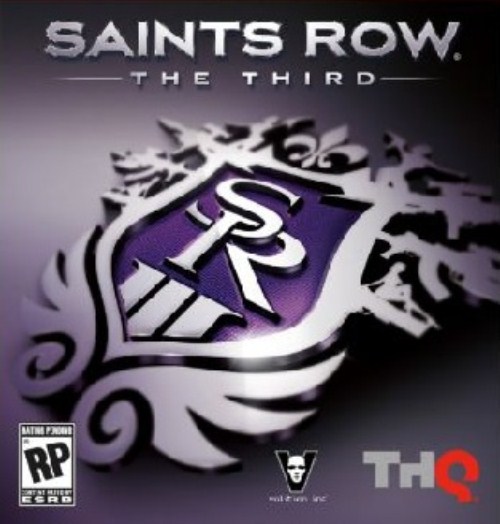 I thought that it would be good to write about the third installment to the Saints Row series since the game is going to be released soon on November 15, 2011.

I’d like to start off with saying that I love the Saints Row series; from the first it’s come a long way. I remember when I was younger I was getting bored with some of the games I had and I needed something new, I went out to my local video game store looking for something fun to play and noticed Saints Row for the Xbox 360 sitting there on the shelf. I knew that the game came out about a week ago and I thought it was just about gangs and stuff it looked pretty cool, I ended up buying it. When I put that disc in my 360 it changed my whole life and attitude towards games.

Saints Row: The Third looks so f*cking awesome It’s unbelievable. There are many reasons why this game is going to be as awesome as I expect it to be. The new driving mechanics, the many crazy things you’re able to do, the new vehicles and weapons, respect not need to unlock new missions, the amazing customization, the interesting and entertaining story line, the loveable characters and most of all the humor.

The driving mechanics are improved greatly compared to Saints Row 2. In Saints Row 2 driving was pretty fun and incredibly easy. It was simple to do crazy maneuvers in your car with great accuracy. But it felt awkward driving in the game it was stiff it didn’t feel or look realistic in fact the driving made very little sense at all. To be honest I found driving in Saint Row 2 some what boring and a little annoying. Now in Saints Row: The Third they fixed that. The driving looks very good, it doesn’t look stiff at all and it looks more realistic just seeing a bit of game play videos. I got to say driving is going to be a whole lot more fun, I can’t wait to pull off some awesome drifts and tricks

Now you can do some serious crazy sh*t in Saints Row: The Third, thanks to the all mighty Awesome Button and the new weapons a vehicles added to the game. The Awesome Button allows you to make normal tedious tasks more bad ass for example instead of hijacking a guys car normally by throwing him out the car door, you can click the Awesome Button and watch you’re self flying through the car window kicking him out of his car . There are many new weapons added to Saints Row: The Third like Air Strike, Predator Drone, RC gun and much more. You can also upgrade you’re weapons; let’s say you have an assault rifle you can upgrade that by adding a scope and grenade launcher. For the new vehicles there’s the Gat Mobile, Professor Genki’s Super Ballistic Manapault, hover bike, Tanks, The VTOL a jet that can transform into a hover craft and so much more.


In the last two Saints Row games you needed something called respect, respect was for unlocking more missions for the story. Now respect doesn’t do that at all, it’s used more like experience points. Now respect is used for improving you’re character’s attributes, like melee combat or your efficiency with firearms. Also there’s a leveling system added which I think is going to be interesting.

The story line for the first two Saints row games have been amazing in my opinion, I loved them, Saints Row: The Third actually looks like it’s going to be more than amazing. Saints Row always has many loveable characters and it’s no different in this game. It introduces many new characters who’ve joined the Saints and three whole new gangs to fight against The Luchadores, The Morning star and The Deckers. The customization has always been awesome in Saints Row games so there’s not much for me to say about that. The thing I like most about this game is the humor. This game is so funny I can’t even describe it especially because of the hilarious and interesting characters.

I’ve already got this game pre-ordered, guarantee there’s no surprise there. I can’t wait to play Saints Row: The Third I’m very excited for its release this is going to be a very long three days for me, while I wait for it to be released.