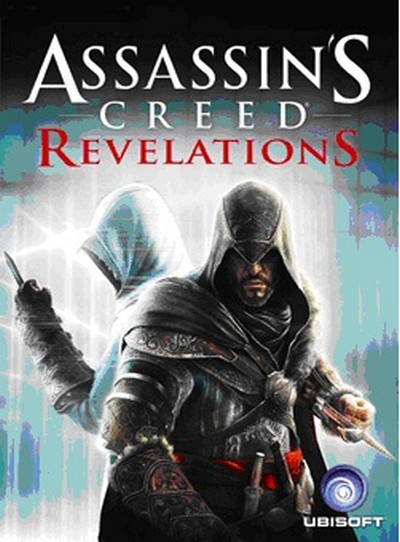 I got myself Assassin’s Creed: Revelations yesterday. Revelations is a pretty fun game – I haven’t finished it yet but I’m close. There were a couple of things I liked about the game but then there were things I didn’t like about the game also. To be honest I was expecting more from it.

The game begins right where Assassin’s Creed: Brotherhood left off. Right now the protagonist Desmond Miles is suffering from a mental breakdown due to the events of the previous games. Desmond had been placed into specialized safe Animus by the assassins to save his mind. Desmond meets Subject 16, Subject 16 tells Desmond that his mind is fragmented and in order to restore it he needs to play out all of his ancestors stories till there is none left. This will allow animus to separate the three individual’s memories. In my opinion the plot was okay but it could be improved to be much better.

Some new items have been added to the game, for example the hook blade, it allows Ezio to zip line around the city and he can perform combo attacks with it. I think that the hook blade’s pretty cool but not really a necessity. What I find awesome is that you’re able to craft three hundred different types of bombs. When the Templars try to recapture a district that once was there, a tower defence mini game appears, you have to command a bunch of assassins on rooftops to protect the district you’ve captured from attacking Templars and from some Siege weapons. I found the tower defence thing very weird I don’t know how to explain it; it felt kind of out of place? I don’t really like it.

The multi-player in Assassin’s Creed: Revelations is alright – not the greatest but it is still fun. One thing that sort of sucks is that players who are a higher level have a huge advantage compared to people who are lower levelled, for example the higher leveled players have invisibility. You’re able to customize you’re character and weapon which is always nice, a new game mode has been added, Capture the Flag. When you level up you get more information on the company. There’s something about the multi-player that makes feel like there’s something missing in it.

There are some things I like for example the dialogue in the game is very good, they must of gotten good voice actors for the dialects, it sounded great.  Apparently this is the last game starring Ezio and the last game that will take place during the renaissance. I think it’s about time they do it, I want see what else Ubisoft can do with Assassin’s Creed. I’m not saying that the game is bad when I say this, but it could have been way better. The first Assassin’s Creed was a huge surprise to me as a gamer and it was very fun, sure the plot, fighting gameplay, missions and etc. were flawed and weren’t the greatest, but it was an amazing game at the time. It’s been a long time since that and I don’t think Ubisoft has really improved these things all that much. Instead they did other things for example, the tower defence mini-game… I find it pretty pointless. This is just my opinion if you don’t like it, oh well not much I can do there. In the end I find that the Assassin’s Creed fans will like this game and will find it worth their money but for you people who are contemplating whether to buy it or not, I would have to say don’t, maybe wait for Mass Effect 3 – now that looks like an amazing game.