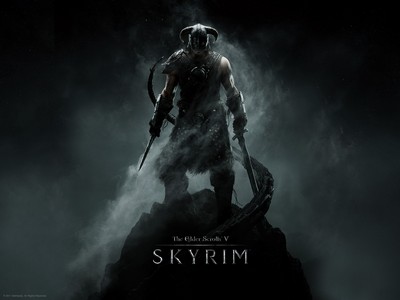 At 9:00AM this morning I picked myself up a copy of Skyrim for the Xbox 360. Since then I’ve been playing it almost all day, it’s pretty difficult to put down. All I got to say is that by far it’s the best game I’ve played in a long time and it’s worth every cent.

There are many things I like about this game. The graphics are amazing, the scenery, lighting effects, character models, weather effects and so much more. I got to admit sometimes I catch myself standing still admiring the beauty of the scenery at times.

The beginning of the game is quite epic. I don’t really want to say anything about it, don’t want to ruin it for people who haven’t played it yet. It starts off with an introduction that’s pretty long but just right. In this introduction you get to customize your character, the customization in this game is very good, I love the huge selection of races and special traits each of them have. With each race having special traits depending on what you want to be or do in the game this can be a very important decision. After your done creating your character you get to name him, then the rest of the introduction is for you to get a used to the controls for the game in case if some of us a bit rusty or are new to the Elder Scrolls series.

In this game you get to decide whether you want to play it in first person or third person. In the last game Elder Scrolls IV: Oblivion I was the type of person who favoured the third person view. Sadly it looked very weird and the character looked very stiff when he would fight and run. But in this game they’ve improved the third person mechanicand, wow is it ever a big improvement, now when you fight, walk, run and jump it looks more realistic and smooth.

What makes this game great is that it has a huge replay value. Like I said before the huge selection in races will want you to try them all, you can choose to be a Warrior, Thief or Mage in the beginning each interesting in its own way, there are many skills to level up, Skyrim is huge and full of exploration and There are many Quests that follow the main plot of the story with the addition of several interesting and fun side quests.

I’ll be very surprised if this game does not win game of the year for it’s simply a masterpiece.