Has Jennifer Lopez Given Bradley Cooper The Boot And Moved On To Dancer Casper Smart? 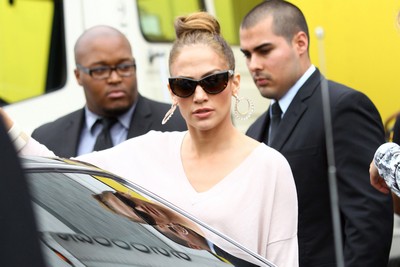 So it appears that Bradley Cooper is out – and Casper Smart is in! It’s hard to keep track of celebrity relationships! It’s only been four months since Jennifer Lopez and Marc Anthony filed for divorce, but nonetheless reports had surfaced that the Latina singer and dancer was lusting after the gorgeous Bradley. Bradley, for his part, had been linked to a lot of ladies since his star has skyrocketed – and it’s not hard to imagine why, he’s pretty yummy..

Right, so back to Jennifer – it appears she’s going back to what she knows and is now dating Casper. Casper, a dancer, has appeared in Step Up 3-D, Honey 2, and Glee. We do love us men who can shake it! And apparently so does JLo. Although the hookup hasn’t been confirmed, the two have been spotted together in NYC. It’s believed that they met on one of Jen’s tours, as Casper was a back up dancer. Memories of Chris Judd anyone?

Not sure exactly happened with the whole Bradley scenario, but I guess he just didn’t do it for her. That being said, Jen’s had a lot on her plate – so let the girl date and have fun!!

Justin Timberlake Keeps His Promise And Takes Corporal To The Ball!