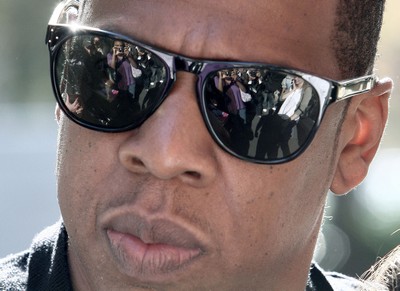 Jay-Z was left with a “huge scar” when his father walked out of his family.  The 42-year-old rapper was just 11 years-old when Adnis Reeves descended into alcoholism and left their home in New York and the ’99 Problems’ hitmaker – whose real name is Shawn Carter – was left devastated by the departure of his “superhero.”

He said: “If your dad died before you were born, yeah, it hurts, but it’s not like you had a connection with something that was real. Not to say it’s any better, but to have that connection and then have it ripped away was, like, the worst. My dad was such a good dad that when he left, he left a huge scar. He was my superhero.”

The pair didn’t reunite until 2003 – despite attempts by Jay’s mother Gloria Carter to arrange meetings – and while the music mogul said there was “no excuse” for his dad’s conduct, he forgave his absent parent, who died just a month after they held clear-the-air talks.

Speaking to the forthcoming Men of the Year issue of America’s GQ magazine – who named him King of the Year – Jay said: “[I talked about] what it did to me, what it meant, asked him why. There was no real answer. There was nothing he could say, because there’s no excuse for that. There really isn’t.”

“So there was nothing he could say to satisfy me, except to hear me out. And it was up to me to forgive and let it go.”

The rapper’s wife Beyonce Knowles is currently expecting the couple’s first child and Jay has pledged to be a hands-on dad as he knows material possessions are not as important as being there for his offspring.

He said: “Providing – that’s not love. Being there – that’s more important. I mean, we see that. We see that with all these rich socialites. They’re crying out for attention; they’re hurting for love.”

“I’m not being judgmental – I’m just making an observation. They’re crying out for the love that maybe they didn’t get at home, and they got everything. All the material things that they need and want. So we know that’s not the key.”