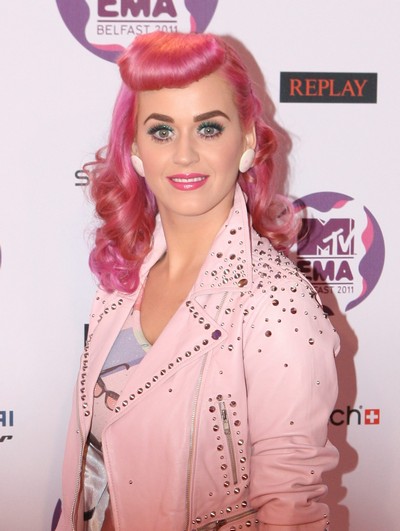 The pop star and the studio wizard worked together on her hit album ‘Teenage Dream’ – which contained several chart-topping hits, including ‘California Gurls’, ‘E.T.’ and ‘Last Friday Night’ – but the relationship must end after he signed a new deal with Sony Music.

The producer – real name Lukasz Gottwald – has agreed to join the company in 2012 and run his own record label under the Sony umbrella.

The new venture will be called Kemosabe Records and, as part of the contract, Dr. Luke can only work with Sony artists, which rules out future collaborations with Katy because she is on EMI.

The 27-year-old singer – who is married to Russell Brand – is preparing to release the ‘The One That Got Away’, which will be the sixth single from ‘Teenage Dream.’

Dr. Luke has also worked with a number of other chart-topping artists, including Kesha, Britney Spears, Jessie J and most recently with Rihanna on her new album ‘Talk That Talk.’