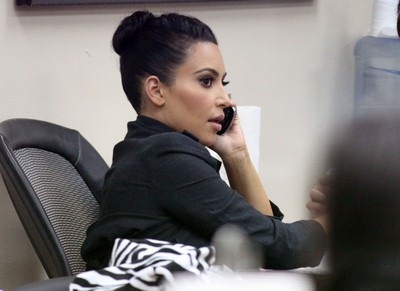 Kim Kardashian’s inclusion in new movie ‘The Marriage Counselor’ has been slammed by film fans. The reality TV star – who recently filed for divorce from husband Kris Humphries after just 72 days of marriage – starts filming her role in Tyler Perry‘s new movie today but it has proved to be unpopular decision, with his fans taking to his website to air their displeasure.

One named Gee, wrote: “I am a huge fan and I’ve seen everything Tyler Perry. Have to say I don’t understand the reason for casting KK in your upcoming film. Personally, I am sick to death of her being glorified for nothing more than having sex on camera. She doesn’t need the money and she certainly doesn’t need any more attention. And, although I still support you, I won’t be contributing one dime to anything with K. Kardashian in it.”

Another commenter said, “Mr. Perry, You are truly a talent and inspiration to all minorities , and your movies are ones anyone who has grown up ” hard” can relate to. So sir thank you for your many gifts of entertainment. Yet I feel your casting is off when Kim K was hired to be a part of your cast. In my opinion she is the wrong person to speak or act regarding marriage. There are far more deserving actors out there who could really use the work… Please sir consider another choice in casting this character. Thank You Again… And God Bless…”

However, Kim – who initially shot to fame after her ex-boyfriend sold a sex tape of her – has not been cast as the leading therapist and instead will play her friend and co-worker Ava.

When the lead star – played by Jurnee Smollett – starts an affair with a client and complicates her life, Ava steps in to provide support and a much-needed makeover.

Miley Cyrus Putting On A Little Weight? & Other News